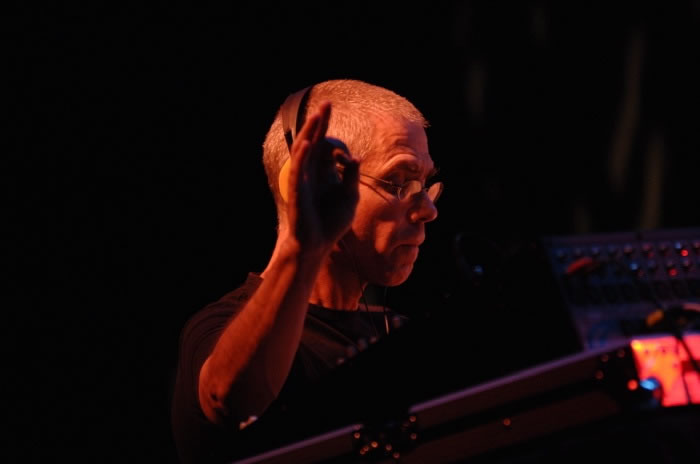 Joseph Martin Waters (born 1952) is an American classical composer known for writing experimental chamber ensemble and orchestral music in which electronic sounds are integrated with traditional musical instruments. His style of composition is based in both the European classical as well as African (beat-based) musical traditions. He also mounts experimental electronic music festivals designed to bridge the gap between contemporary popular genres and the avant-garde western classical tradition.

Waters is the founder and Artistic Director of NWEAMO (New West Electro-Acoustic Music Organization). NWEAMO is a not-for-profit, 501(c)(3) tax-exempt and volunteer-run group of individuals dedicated to promoting the work of living composers and increasing public awareness of contemporary performing arts. Beginning in 1998, NWEAMO has presented an annual showcase, The NWEAMO Festival, that travels between San Diego and various international locations, to date Berlin, Boulder, Mexico City, Miami, New York City, Portland OR, Morelia (Mexico) and Venice (Italy) — where there is on-going programming.

NWEAMO Mission: to forge connections between the composers, performers and lovers of avant garde classical music and the DJs, MCs, guitar-gods, troubadours and gourmets of experimental popular music. When there is no connection, both suffer: When classical music does not connect with popular culture, it becomes a music of experts, unable to reflect and contribute meaningfully in the broad marketplace of developing ideas and cultural experimentation. When popular music has no connection and communication with the classical it becomes naive and superficial, untethered to its historical roots and broad cultural underpinnings. A healthy cultural milieu celebrates both.

Waters also collaborates with visual artists (writing music for live performance, film, dance and public art). He wrote music for chime rail commissioned by Sculptor Roman De Salvo (a $200,000 bridge railing tuned by De Salvo so that the composition, Crab Carillon – a palindrome, can be heard by striking the brass railing bells with a stick from either direction). Among the compositions he wrote for experimental film, is the project performed by Fear No Music Ensemble (Portland OR) entitled Kali Yuga (2000, pixilation and object animation) directed, produced and animated by Joanna Priestley (who was awarded a retrospective of her film work at MOMA).

Waters is currently writing an opera entitled “The Magic Hummingbird, A California Story“, an updating of St. Francis.

Current commissions/collaborations include a work with pianist Geoffrey Burleson. 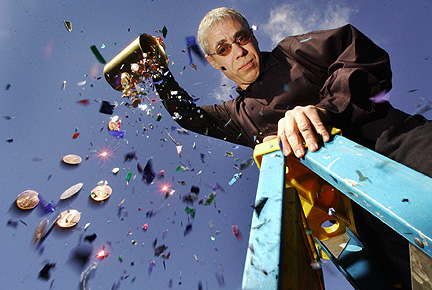